Arcandia is BACK! with LOTS of NEWS!

“I wrote this song in 1997 and since then, I never felt ready to publish up to now because it always had a strictly personal meaning… It seemed to be destined to never see the light..
Years later, during the composition process for the main release “Arcandia” I was thinking to include it, but then I saw that I was composing an entirely instrumental album and so, I again changed my mind. I always loved Fabio Lione’s powerful voice, his former band, Rhapsody have always been one of my greatest inspiration, so I thought at that point if I would ever publish Night of the Change it would be with his voice because he’s the only one who can give final justice to the song. Now I’m extremely proud to share it with the whole world..perhaps it worth it to wait all those years – Antonio Pantano”

“Filmed in the Norwegian Woods with no post-process video editing… because those places are just perfect to film a video!

THIRD NEWS: “Lost Tales of the Nordic Warriors” on Spotify!

A collection of inedit, covers and remix recorded during the Arcandia Session 2012/2014

What happens when Arcandia meets the PS4 videogame “Lords of the Fallen”? check it out this video!

This is Antonio Pantano 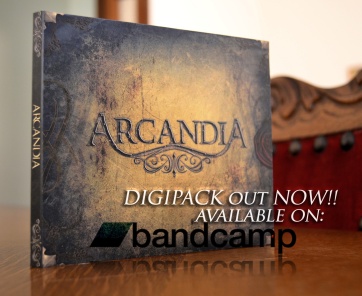