Have You Ever Seen the Rain (Lyric Video)

This song is the only one that gives me joy and sadness at the same time for one simple reason, sometimes people who struggle with something inside tends to hide their real feelings, that is why we should never underestimate the importance of depression in those who suffer from it. They probably fake a smile when they just feeling dying inside, just like the rain, that falls on a sunny day. That’s what this song is all about and I tried to give you a message of hope in this difficult moment of our lives with a video that I also made where I try to explain with images that sometimes we can start feeling a little bit better by enjoying just the simple things in life, like walking on the beach alone or feeling the contact (and energy) with mother earth and its creatures, interact and connect the power from its roots to ourselves. Not only was this song a staple of a time in our history, but in todays weird world, it has become prophetic. True music never dies, it just keeps telling a story about someone’s situation at that very moment, somewhere in time.

All Instruments and Vocals by Antonio Pantano, Recorded January 2021. © 1970 – is a song written by John Fogerty and released in 1971 by Creedence Clearwater Revival.

“Glory of the Blade” Arcandia is Back!

This is without any doubt the most “Arcandian” thing I’ve ever done and in 2 minutes and 30 seconds video I put all my passion, knowledge, inspirations and preparation in music and video editing. I don’t think I can do better than this and I’m proud to share this “short-movie” with all of you so, sit back and enjoy.
Qui in italiano (Articolo “OggiMilazzo”)

Imagine to combine epic music, a martial artist with a samurai sword and a breathtaking landscape.
The results of all these components is a short-movie describing the mystical/philosophical journey of a warrior who faces the most important of all his battles: the one with himself!
In this video, The Katana (In the East considered as the warrior’s soul) guides the protagonist that believes being surrounded by enemies, but in reality he’s experiencing nothing but an inner-imaginary battle! and with the glorious movement of his blade he finally breaks all his illusions until he meets and destroys all his fears and weakness.
The video delivers the viewer to a deep and more intimate message, with the journey of each one of us struggling to get out of the darkness and ignorance to ultimate reach the lights of knowledge.
The final goal of martial arts is in fact to achieve the inner peace and internal harmony where there are no real enemies, but the true ones are all those within us such as fears, selfishness, envy and other stupid attachments.

The Production and The Song “Glory of the Blade”
The initial idea was to shoot just a few clips of Roberto at home meanwhile he meditates and performs some movements with the sword, but seeing that the weather outside had become rainy and gloomy I decided to film something using our splendid “Milazzese” landscape as a background. The song came to my mind while I was filming Roberto whom with strength and confidence brandished his sword .. it was inevitable, the main melody came out suddenly and from that moment it remained stuck into my head until I finally composed it.
Get The song HERE: https://arcandia.bandcamp.com/album/glory-of-the-blade

About the video: The authors of this small opera are two young artists from Milazzo (Antonio Pantano and Roberto Andaloro) who have put together their respective passions, one with music and video editing and the other for martial arts. The video goes through breathtaking scenery and sudden action sequences, with the epic and glorious music of Antonio Pantano, “Arcandia”.

In Music, I always give 100% and I’m happy to share this song after one month of hard work between audio and video.
This song it was written by Angel Dust late in 2000, I still remember the first day I heard it with my friend and musician Gabriels years ago, the fact that today I still think about it as one of the best composition I’ve ever heard is an important motivation that give us the necessary strength to try to record it and make our own version.
It was a hard work, I have to say, especially for my vocal parts and the piano arpeggio, Gabriels struggled a lot to work on piano intro, rehearsal in the studio for like half an hour no stop before finding out each note on it (here the video log of this story)
The original vocals were something between the 80′ classy vocals, a blend of “Scorpions, Bon Jovi, Freddy Mercury”  with a taste of old “Savatage” sound and “Bruce Dickinson – Chemical wedding” era; With all this elements mixed together in my head I tried to give the same emotion of the original version.
The original guitars were “wall-of-sound-like” and very heavy.. maybe too much for my taste (and I’m a guitarist) so what I tried to do in my own version, mixing all without having a prominent instrument, except for the vocals.
Also – This song is the first one where I personally worked on my first lyric video.
In the beginning the idea was to make a real performance video but I thought that I have already too many of it in my YouTube so for this one I tried something different, I love to use post-processing software and I think the final result it’s epic and with a great impact. What also inspired me to work on a kinetic lyric video it’s the song itself… there is an important message inside that explains how mass-media often uses (and abuses) all the negativity in this world to feed people’s fears and make them more uncomfortable, powerless and frustrated.
Enjoy “Bleed” then and I hope it will give you the same emotion that gave to me years ago.

My Dream is Now REALITY!

I did it! and I’m happy to share this incredible news with all of you!
After years of playing, composing and trying to share my works with all the people around the world I can finally say that my music is finally spread everywhere and that is the most important thing ever happened since I started publishing my material on line…
Now, I like to share my achievement with all my people here so I just wrapped some of the Spotify statistics of the last 28 days so you all can see what is happening, isn’t that amazing?? I mean more than 7000 monthly listeners!!!

– What can I say more; I crushed 4 millions views on my YouTube Channel and I sold my Arcandia CD worldwide with BandCamp and now I have this Milestone in my career and I can’t be happier than this! My goal with music was not to become rich but to share it and get the more people possible … and I DID IT! thanks to all of you!
NOW – I have more motivation to continue and make this dream even bigger and I have a lot of projects to work on so, check back my website soon.
Antonio Pantano

Arcandia is BACK! with LOTS of NEWS!

“I wrote this song in 1997 and since then, I never felt ready to publish up to now because it always had a strictly personal meaning… It seemed to be destined to never see the light..
Years later, during the composition process for the main release “Arcandia” I was thinking to include it, but then I saw that I was composing an entirely instrumental album and so, I again changed my mind. I always loved Fabio Lione’s powerful voice, his former band, Rhapsody have always been one of my greatest inspiration, so I thought at that point if I would ever publish Night of the Change it would be with his voice because he’s the only one who can give final justice to the song. Now I’m extremely proud to share it with the whole world..perhaps it worth it to wait all those years – Antonio Pantano”

“Filmed in the Norwegian Woods with no post-process video editing… because those places are just perfect to film a video!

THIRD NEWS: “Lost Tales of the Nordic Warriors” on Spotify!

A collection of inedit, covers and remix recorded during the Arcandia Session 2012/2014

What happens when Arcandia meets the PS4 videogame “Lords of the Fallen”? check it out this video!

Official 2nd Trailer! Discover the magic Map of the Northwest of Arcandia!

This is Antonio Pantano 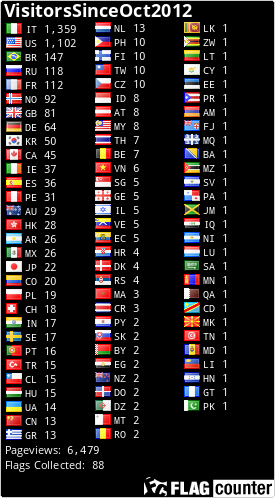